The Scary Black Guy Chronicles: Watch Your Back 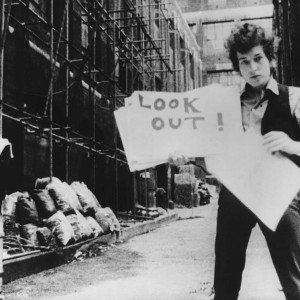 The Scary Black Chronicles is a new column that takes a comedic and introspective look on stereotypes, assumptions and preconceived notions. It’s all about open minds and understanding why we think the way we do and getting over these notions. Enjoy.

Here’s the thing about walking in a public place by yourself: it’s kind of scary. Not in a frightening, cover-your-eyes way, just in a… be aware of your surroundings way. So I get the impulse not to trust people walking behind you–I do it myself. With that being said, it’s kind of funny to look at people and notice their behavior in these situations. They’ll usually give you the “slightly behind the shoulder” stare to make sure you don’t make any moves; this is fine, as I said I do it too but there’s always a tinge of racially charged emotions when it’s done to me no matter who’s doing it (there’s a good chance it’s the same reverse). The worse though is the lane shift. Dude, unless you have no trust in your heart at all, you can’t even pretend that’s not racist. I won’t stop you from doing it though, at the end of the day most folks will do what they think is necessary to survive, I secretly just pretend you feel really bad about it afterwards (but I’m glass half-full at heart y’know).
When I first moved to DC I stayed just outside of the hood in northeast where I abused this act too many times. Even when I didn’t hear footsteps I still looked back every minute almost. It kind of sucks not trusting people who look like you but, before race comes into the picture we’re people– and people have always been and always will be shitty-besides, I was an out-of-towner. Nobody knew me therefore I didn’t really register with them.
The latest commitment of this act took place today at my job where an older white woman was walking in front of me as I was headed back to my cubicle. First of all, I will admit that I was probably closer than I should’ve been to her, so that probably made it more awkward. She did the quick turn around to see who’s there followed by the awkward courtesy hello. For the record, I still haven’t decided if that makes things better or worse; it’s just kinda like going “hey! Just checking you out strange person behind me. Let me be nice in order to see if you are a nice person.” This is all well and good. The thing is though is that we work in a federal building, with cameras everywhere. I’d like to think that if I was a criminal, I wouldn’t be dumb enough to commit a crime in a federal office. But as I pointed out it, it’s human nature. We’re always on guard and reactionary–plus for a woman it must be doubly so. I’m sure my race plays into it (you don’t have to watch the local news for 10 minutes to know why), but I learned long ago not to take things personally.