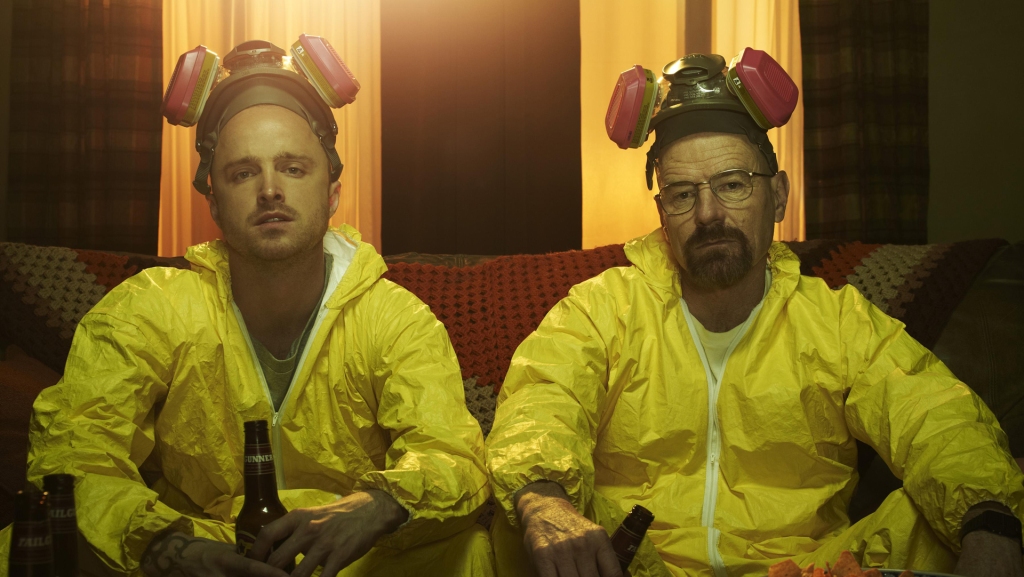 Like any good American citizen, I’m currently in the process of rewatching Breaking Bad. The dark and intense story of Walter White’s transition from mild-mannered to evil drug kingpen has been an incredibly satisfying and grisly development to sit through.

Upon rewatch, the show is even better but no less uncomfortable; the drug business, after all, is not for the faintest of hearts. While this is indeed the story of “Mr. Chips becoming Scarface”, it’s also a show about the relationship and evolution of Jesse Pinkman: the foul-mouthed brat that started the show taking cues lifestyle cues from XXL and the juggalo lifestyle.
But let’s discuss Walt. It’s hard for me to identify with the thought process behind still rooting for the guy. He’s killed, lied and stolen for selfish reasons (the family excuse is most flimsy), he’s always been an arrogant and condescending asshole who talks down to any and everyone and he’s really just incredibly insufferable and has made everyone’s lives worse (especially Pinkman’s but we’ll get to that). Yet on some level, I get it. Many have pointed out that from the beginning, Walt has never been much of a good guy. He was never evil either, he was just the prototypical embodiment of the spineless “Falling Down” white male constantly frustrated by the life unfairly bestowed on him. It’s the story that’s been told a million times, only here it’s done in a more engrossing way.
Walt’s story may have started as the tale of a man who wanted to provide for his family before his death from lung cancer, but it became the tale about a man’s thirst for power and control. The tale of a man who got to finally profit from his genius the way he always felt he should have. Pretty much every murder or pain he’s taken part in–that wasn’t about protecting himself–has been about holding onto control. The only unselfish murder he committed was to protect Jesse in season 3, otherwise he’s made being a terrible person look natural.  But man has he been fun to watch. All love and respect to Brian Cranston, he went from Malcolm’s dad to Heisenberg and he’s been perfect the whole way through.  The only time Walt was ever unbearable to watch happened in the middle of season 4 but that seemed to be purposeful. Walt may not be someone to root for but he has been a great foil and madmen to watch.
Now Jesse is truly the heartstrings of this show. From his beginnings as a scrappy little punk, Jesse has been through hell and back and has truly shown himself to be nothing more than a kid who’s fucked up a few times and has no real direction in life. From the day he partnered up with Walter he’s been shot at, beat up and on the verge of death or depression multiple times.  He’s a kid who probably needed just a few more hugs in order to have lived life as a doctor instead of a junkie dealer. He’s in constant search of a father figure or family; he tries to find it in Walter who, to his credit, has stuck by his side thus far but really Walter only needs Jesse because he trusts him and he’s easily manipulated by his bullshit. Any moment where Walt has the chance to treat Jesse like a peer and deal with what’s troubling him is almost always blown so that Walt can instead focus on himself.  After the events of seasons 2 and 3, Jesse realized what kind of person this life has turned him into and it eats at his soul. It’s heartbreaking because Aaron Paul sells it and it’s tragic because it’s an all too familiar tale of ill-conceived loyalty to anyone who’ll give a damn by someone who just wants to be loved.
And that’s where we’re at as we near the end of the series. A man who’s gone into the darkest spaces of the human soul and embraced it and another man who’s gone to the same spaces and just wants to be held. It’s not completely clear how this story will end exactly but it barely matters. What does matter is who these people end up as by the time it’s over and whether or not the things they’ve done will come back to bite them or just haunt them. These last 8 are sure to be intense but when it’s all said and down I’ll miss these characters because of the richness and tragedy of their stories. The dad and the street punk have come a long ways.