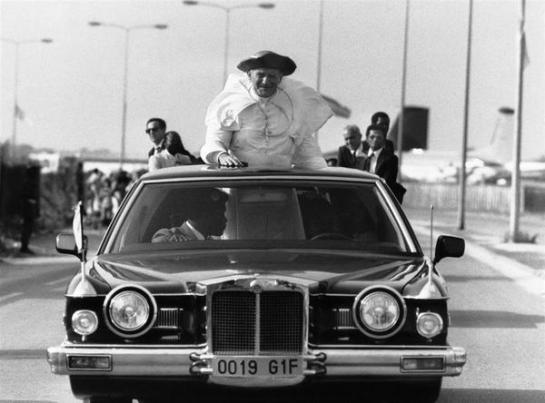 The pope is in Washington, D.C. at the time of writing this. The streets of DC are chaotic, packed and noisy. The metro is a warzone where nobody can reasonably hope to make it to the other side unscathed. There’s also a baseball game later today and just the general aggravation of working in the city and dealing with people. Washington, D.C. is hell (sorry pope!) and I am here for it.

The idea of a city destroying itself because of too many events planned all on one day is so tantalizing and, if you’ve watched summer movies and television shows long enough, you probably feel the same. This is the stuff destruction porn is made out of: an intense, unruly event that destroys the fabric of a major American city. What if people protest the pope? What if the Nationals lose tonight? What if these two groups find each other and take out their frustrations on each other causing a new civil war on the streets of D.C.. I mean, might as well right, the red line isn’t gonna show up for 30 minutes anyways.

And you just know all those people stuck in that train station forever will eventually go crazy. Just like Animal Farm, they will create a new civilization that is built on fairness for every man until somebody decides that someone needs to be in charge, which eventually devolves into everyone thinking they deserve to be in charge. This then leads to nobody trusting anybody and everybody plotting to murder everyone else in order to accept their place in the top of the food chain. Of course, there’s enough time for all of this to escalate quickly, because there still won’t be a fucking train anywhere in sight while this takes place.

The pope of course would try to end the violence, but he is partly responsible for the state of affairs happening. He must reconcile his responsibility while proving he can still make it right in the end. Along with Barack Obama and his arsenal of quippy, inappropriate one-liners, the pope will fight through the rubble and malevolence to save the city.

Also The Rock will be there in a rescue chopper saving his family and throwing up the deuces and a middle finger to everyone else because the fuck you thought this was? Rated R. Let chaos reign.