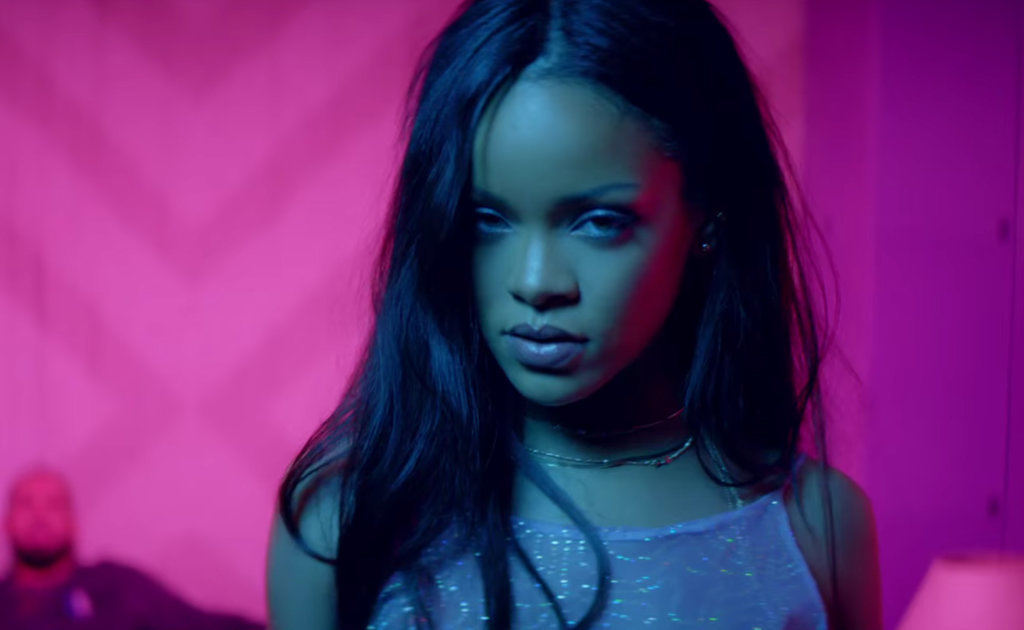 Let’s first discuss what dancing is: Wikipedia says that dance is a performance art form consisting of purposefully selected sequences of human movement. This movement has aesthetic and symbolic value, and is acknowledged as dance by performers and observers within a particular culture. Seems simple enough, dancing is expression using the human body, often times reflective of a particular culture. It’s a very simple point that simply needs to be brought up anytime the western world has a heart attack over black people dancing suggestively.

This week Rihanna did a thing, which usually means that the internet is full of loud, unasked for opinions. This particular thing was the release of two separate music videos for her single “Work” featuring Drake: music videos that featured Rihanna destroying the boundaries of time and space by being too fine to make logical sense –or as many others have put it–affirming the restrictive shackles of patriarchy and The Male Gaze™ by parading herself as a sexual object and “grinding” on Drake or something.

If this sounds stupid, that’s only because it is. If there’s something the internet loves as much as slander, it’s probably falling all over themselves to use big, scholarly tumblr words and concern-troll the state of women or people of color in any given moment. I’m not going to make the case that shouldn’t have to be made that Rihanna is her own woman with control over her image who cannot objectify herself or point out that if there’s one object in these videos it’s actually Drake or hell, even make the case that using Rihanna’s past relationship with Chris Brown to shame her for being openly sexual is beyond gross and the most perfect example of people using faux-concern to push their own flimsy, bullshit agendas onto other people or celebrities that feel that they are entitled to (but seriously this the fucking worst thing of all). Instead, I’m going to use this time to explain what dancing is.

First off, I understand that we live in America: a place where the idea of outlawing dancing isn’t just a terrible idea for a movie but also a terrible idea for an actual law in places. Obviously, this isn’t the only country that does it but as a self-professed “christian nation”, it always seems to come back to the idea of dance as a satanic ritual whenever cases like these are found. This may shed a strong light on why so many people turn into your middle school teacher running around the gymnasium with their separation ruler at the thought of even the most suggestive bit of dancing. Naturally, these same people watch just a modicum of Caribbean dancehall/dutty wine and turn into the dowager countess from Downton Abbey. I know you’re scared and confused and feel like children will be corrupted or the male gaze has something something something, but I promise it’s ok.

Both dancehall and wine are dances that are well-known in caribbean culture as energetic expressions against vivacious island music. Despite how sexual you might paint it in your head because of your own repressed sexual desires that you can’t keep a lid on, it is not inherently sexual. It’s dancing and regardless of whether someone brings a ladder to the dancefloor, climbs it and then jumps off into another woman’s crotch (which I’m sure has happened), it does not become sex until it is actually sex and your personal fixation or objectification of this type of dance has everything to do with you and not the actual dancers.

Is there a sexual-ness being expressed in these dances? of course, but there is a big difference between someone putting out their own sexual energy and you deciding what kind of sexual deviancy is on display. In simpler terms, objectification is less to do with the subject than it is with the people watching.

So maybe keep the hashtag thoughts you have about Rihanna or any woman (and they’re always women) dancing how she chooses to dance to yourself. You’re not deep, nobody believes your concerned and you’re not an ally. All you’re really doing is telling on yourself and exposing the fact that you can’t keep your shit together when a woman does a physical activity. And hey man, I get it; I lose my shit when Rihanna dances too but maybe you should just let the moment wash over you like the baptism it is than running to the internet being irate because “such dancing is unbecoming in our society, my stars”. Stop thinkpiecing and fucking go outside, or go learn how to dance yung footloose.